Whilst it has be a slow start to the year its great for competitions to be back in full swing!

For our first competition of the year, I threw Pie, my just broken 4-year-old, right into the deep end for his first ever dressage tests at Preliminary and Novice at Hunters EC. Fortunately for me he was an absolute star and didn’t put a hoof wrong! Even though it was just a normal affiliated show it was an extremely proud moment to ride him there as he is the first horse I have bought and broken in myself. I’m extremely excited to take him back out next month for the 4-year-old young horse class!

Next, I took my horse Chocotof aka Stan to our first show since the CDI at Keysoe in October. We scored a PB of 76%+ in the Prix ST Georges at Hartpury, it was a great to take him out without any pressure and be able to ride the test with more risk and also a great confidence boost that the lockdown training has paid off.

We then followed this by winning the PSG regional championship at Wellington with 71% + and finally ending our regional curse! Then we followed it with a 6th in the Inter 1 with just under 70% despite a flower pot falling over and coming towards us!

The following week we were back to Wellington but this time for the international show. Stanley flew, quite literally…, through the trot up before a nice quiet training session in the evening before the competition started the next day. There was a lot riding on the first day as it is our team test which is the class that scores count from for European selection. With the beginning of this year being cancelled and postponed it has left little time to achieve the scores needed, this means less chances to make mistakes and a whole lot more pressure!

Thankfully Stan and I managed to dance our way to a +70% test to take the win and get that score we needed! It wasn’t our best test as there was a few tense and excitable moments as I think Stan was a little too happy to be back out at a big show but we held it together well with no major mistakes.

Next up was our Individual test, it was only our 3rd time riding through this test in competition so I wasn’t sure how it would go especially as there are a few lines in the trot work which if done incorrectly could prove costly! Stan had now realised what was going on so was less tense and more rideable which definitely made my job a little easier! I had a minor counting malfunction in the 4s but luckily super Stan carried on like a champ and we danced our way to another win with a PB of +72% !

Finally, all the pressure was off (well most of it anyway!) for the freestyle which is by far my favourite and certainly Stan’s too. With the speakers down low near the flower pots it was proving to be a little spooky in the arena for the horses even for Stan who never normally shies away from loud playing music! We were the last to go in the class and because I had heard the score being read aloud by the commentator, I did know what score I needed and I also knew that I needed a score 2% over my PB which did add a little bit of unwanted pressure!  We had an interesting test where I ended up way ahead of my music and had to put circles in where they shouldn’t have gone and even messed up my flying changes again . Without a joker line I made the decision to carry on cantering to put another line of tempis in to try and save some marks on a test which I thought for certain wasn’t making the 70% mark … well how wrong was I as I waited in tack check for my score to come up on the board saying all the things that hadn’t gone to plan a 75.89% flashed up behind me..

I can’t deny there wasn’t a few tears shed, it has been 6 years of working hard and being determined to get to this point whilst everyone around us shared their view on my horse which 95% of the time was that he was dangerous, wouldn’t ever be good enough and that I was wasting my time. I think that I can happily say that the results this week at Wellington CDI have proved each and every one of them wrong. However I have also been lucky enough to have people in our support team who may not have believed it but definitely helped and supported us every step of the way and I can not thank you all enough! 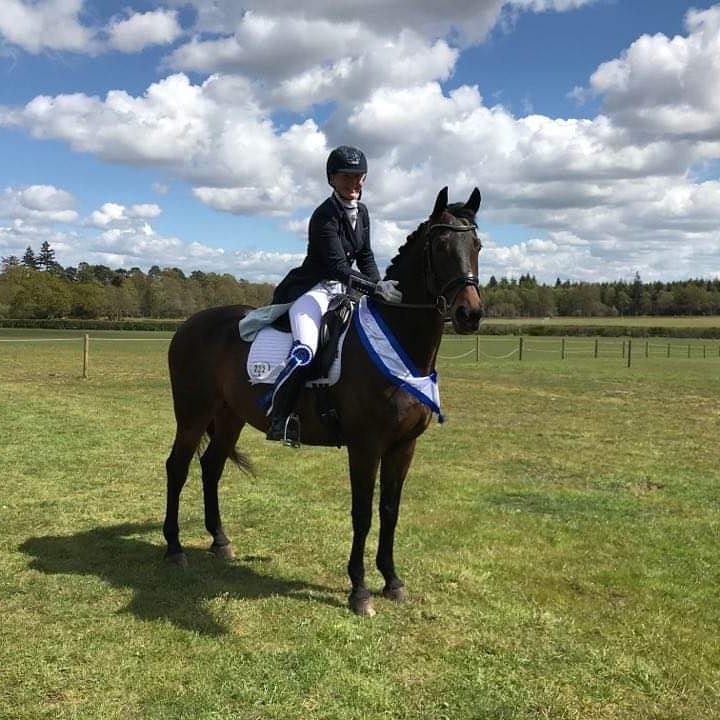